Replying to offers – your questions answered

We’re approaching the time of year when lots of you will be replying to your offers. For some, this can be a tough decision and a nerve-wracking experience. We’ll try to put your mind at ease by answering some of the top questions we get asked at this important time of year:
1. I’m in Track but I don’t have an option to reply to my offers. What’s going on?
This is usually because you haven’t had a decision from all of your choices yet. However, if you’re ready to reply and don’t want to wait for the other choices to make a decision, you can choose to cancel them. To do this, click on 'view' for each outstanding choice and then you’ll have the option to 'permanently withdraw from this choice.' Once you’ve done this, the ‘reply to offers’ button will be available in the ‘Your choices’ section of Track.
If you’ve been offered an interview, you’ll need to decline it first and then cancel the choice before you...

How to choose a course

There are over 30,000 courses listed in our search tool. Quite a daunting statement if you haven’t made your mind up yet about what you want to apply for, right? It doesn’t have to be though, after all every year there are hundreds of thousands of people in exactly the same situation as you’re in now, and they all manage to choose. So wouldn’t it be great if you could ask how they did it? How they narrowed down 30,000 to five course choices, and then ultimately just one? Well that’s exactly what we did.

We asked those of you on Facebook who already know what you’re going to study, or what you plan to apply for, how you decided that your course was right for you. Thank you to everyone who shared their stories, we had heaps of responses. Reading through them all, I could see that most people chose their course through one of five ways, so here they are in...

Take that leap of faith and do it!

By PwC in UCAS advice

Apprenticeships are a way to gain the skills, knowledge, and experience you need to get into many careers. They combine work, training, and study, letting you 'earn while you learn'. Ella, from PwC, shares her story.

Why did you choose the programme?

I read about the different apprenticeship opportunities and I chose management consulting because it offers such a wide range of experience. For example, having the opportunity to travel nationally and internationally to different clients.

What have you gained from the experience so far?
I feel like I’ve had a head start in my career by starting at a young age – I’ve had such a breadth of experience that I never thought I’d have at this point in my life. I’ve learned technical skills, how to present, found out about cutting-edge technology, and developed an...

How to apply to UCAS Conservatoires in five steps

Here are five things you need to do to apply.

1. Find the right course for you
The best place to start is our search tool. If you’re not sure which conservatoire or course is right for you; we’ve got lots of great advice. Try attending an open day to get a taste of conservatoire life, as it gives you the opportunity to meet the tutors, speak to current students and check...

Entering A levels and AS levels on your UCAS application

When filling in your application, one part you may need a little extra help with is entering your AS and A levels. In this blog post, we’ve compiled some of your frequently asked questions to help you complete this section!

Where do I find the option for AS and A levels on the application? 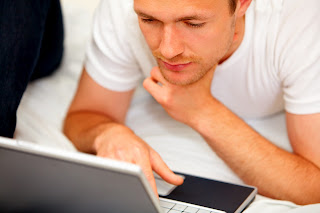 Once you've added your school/college in the Education section of the application, you'll then have the option to ‘add qualifications'.

Type the name of your qualification into the search box, or select it from the shortlist if you school/college has created one.

By Student Minds in UCAS advice

While starting university can be full of new experiences and mark the exciting journey into adulthood, many students struggle with the initial transition from school or college. At Student Minds we have been developing resources to support you with this move and want to share our top tips with you!

Not knowing many people can be a bit scary at first, but don’t let your ‘stress signal’ stop you from making new friends. Most people feel some stress when meeting new people and making new friends. Instead of thinking about meeting others as stressful, imagine how exciting it can be to develop new friendships and discover new ways of looking at the world. And remember, not every new person you meet will be an automatic friend. You get to choose who you will be friends with! The more people you meet, the more likely you will be to find another person who will become a friend. 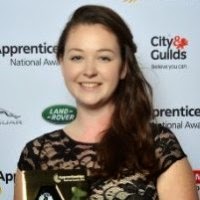 Hello! My name's Sadie Hawkins and I'm an IBMer*.
A 21 year old apprentice on a mission – a mission to promote apprenticeships (and alternative career paths) and prove that apprentices really can 'get in and go far'!

With thanks to work experience back in 2010, I gained fantastic insight into IBM’s clients, culture, innovation and technology. From there, I was hooked! In August 2011 (at the grand old age of 18), I joined the IBM apprenticeship programme.

Since joining IBM, I've gained a broad range of experience in project, people and audit management, working with clients all across Europe. Currently, I'm a...

Qualifications that may enhance your career

With the ever-changing world of work, it is more important than ever for you to have more than one qualification in any given subject. There are increasing numbers of people with an undergraduate degree, and many of them are looking to boost their CV to show that they have more to offer.
Which extra qualifications you do will probably be dependent on the job that you are doing – or the job you want to be doing. For example, accountants or medical professionals will have specific skills which they can enhance with other qualifications.
However, there are also courses that can be done to enhance anyone’s CV – to make you more attractive as a potential employee.
1. NEBOSH qualification
Health and safety in the workplace is very important, and the more people who have studied – even to a basic level – the better.
...

Four careers that you can make a difference in

For some people, it is also important to be doing a job in which they feel that they are making a difference. There is more to life than just earning money, and making a difference to someone else’s life is equally, if not more satisfying than a big paycheque at the end of each month.

That doesn’t mean to say, however, that you can’t earn a living and make a career out of making a difference. Below are just some of the careers that make a positive difference to the world and people’s lives.

Renewable energy is something of a buzzword at the moment, and for good reason. As the world hurtles towards an environmental crisis, sourcing good and usable energy is becoming increasingly important....

It's not too late to look at your options

With GCSE results day just around the corner, it’s not too late to look at the options available to you afterwards. You might start thinking about changing your course or, if your results aren’t what you were expecting, looking at other options. There are lots of courses and programmes to choose from, everything from A levels and BTECs, to apprenticeships and traineeships.

So what happens if you don’t get the grades you need to do your chosen course? It doesn’t mean you can’t progress as you’d hoped. Speak to the school or...

How to succeed in Clearing 2020

Clearing at Chester: Be in the know