'What have you got to lose?' 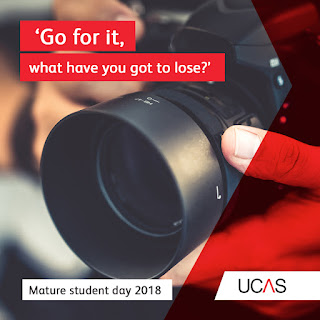 I began my BA (Hons) Photography at University Centre St Helens (UCSH) in September last year. I am the only mature student in my class, and at 57 years old, had been out of education for almost 40 years. My only qualifications prior to this were Scottish O Grades in arithmetic and
woodwork from 1977 and a GCSE in English from 2013.
I have been taking pictures since about 1980, but never really took it seriously until about four years ago. When I turned 55 I decided I didn't want to continue working in my current job. It was taking a massive toll on my physical and mental health, so I took advantage of recent changes in pension laws and took some time off to travel, rest, and think. I decided to get educated. I chose UCSH because it was close to where I live in Liverpool and promised lower class sizes than some of the bigger unis.
Being in full-time education is a strange thing, most of the learning is self-directed, the teachers are there to influence and direct, not to teach. Much of the time in class is about discussion and critique.
There is an unwritten license to experiment in photography. Whichever photographer or artist you are influenced by can inform your work – this was my favourite part. I dug out my old film camera and started taking pictures of anything that moved, and lots that didn't. I tried to get some things that didn’t move to look like they were, and vice versa.
Being as old as I am, I had some problems, especially with technology. It is expected we use modern tech, and using it across the different platforms can be frustrating, and I lost marks through this. It is on my agenda for this summer to upskill myself on various methods of editing, and the distribution of my pictures.
I've always just taken pictures, and never felt the need to document my methods, so having to do sketchbooks and journals highlighting my aims, methods, and intended goals has been a challenge. I'm getting better at this, I think.
St Helens is not a full university, and is moderated through Chester University, so none of us live on campus. We all go home to family, jobs, and outside interests after class, so there is no after-school socialising, which is fine, but sometimes I would like to be immersed in discussions and projects that spring up in the pub after a couple of drinks.
All in all, it has been a good experience, and I have got through it relatively well. I think the academic year is too short (the summer term was one week!), but I now have plenty of time to try new things and/or get a part-time job. I need to keep my mind active so I'm ready to start again in September.
My advice to anyone thinking about trying it is, go for it – what have you got to lose?
Advertisement. Why the ads?
Advertisement. Why the ads?