Why I'm (Finally) Going To Uni 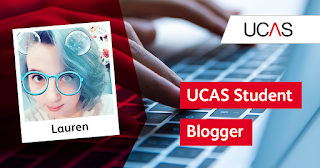 “I was very restless, but finally I found my way” - Emma Bonino
Way back in 2010 I was entering my first year of GCSE's. I was 14, I considered myself pretty clever and, most importantly, I had a plan. 8 years later I've thrown that plan out of the window and I'm starting again.
I was dead-set on going to an Oxbridge university. Then I changed my mind, then I decided not to go to university at all, until I did go. Then left. Then vowed never to go back. Yet here I am, 6 months away from starting my 1st year at Cardiff met. So...what happened? 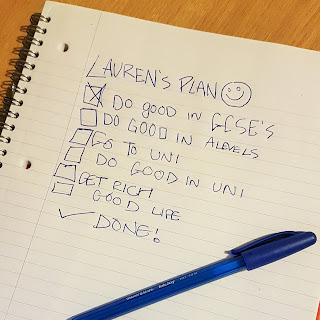 Eight years ago, when my head of year announced a meeting for all students wishing to go on to Oxbridge universities, I jumped at the opportunity. I went to all the preliminary meetings, I signed up for the extra-curricular learning and I worked as hard as possible to get the best GCSE grades I could muster. It was all going very well. That is, until I finally got the opportunity to go to an Oxbridge open day near the end of year 11.
I was so excited to go. We arrived and I was overwhelmed, we walked around the stalls with pamphlets about different subjects and I was confident. “I already know I'm going to be studying English Literature” I said over and over, feeling incredibly self-assured (and probably annoying all my friends in the process). Then came time to split up and listen to speeches about our chosen subjects. Again I rushed to the English literature hall and and sat, bright eyed and bushy tailed, waiting for the tutors to start. What followed was one of the most disappointing half an hours of my life. As it turns out, English Literature at Cambridge was not what I wanted to do at all. Now don't get me wrong, That course would be incredible for anyone who actually wanted to do it. It's just that I had a very different image of the course in my mind and to poor 15 year old me, my whole life had been flipped on its head.
I had decided upon that course about 2 years prior and I felt as though those 2 years had been wasted (despite all the definitely important work I had put into my exam). After that I went into overdrive, researching every university in the UK (and some outside of it) to figure out what I wanted to do. 2 years didn't seem like enough time to decide on a university...as crazy as that sounds now. Finally I realised, “I still want to do English! But I want to do creative writing, not theory stuff!” It was a relief and I set out on the next 2 years of my education with pretty decent GCSE grades and a slightlydifferent plan. Alas, half way though year 13, whilst I was knee deep in revision and UCAS applications I had yet another realisation...I wasn't sure I even wanted to go to University at all.
I found myself thinking about my chosen path, creative writing, and thinking; can this even be taught in a classroom? Will I be happy with someone else telling me how to be creative? Then, while I deliberated and tried to decide, the UCAS deadline loomed, then came....then went. I missed it. It was then that I made up my mind that YES I did want to go! And it was too late. Luckily for me, I managed to get into my first choice of university through clearing (thank god for clearing), and I was set again. Until I wasn't any more.
Three months into my first year of university I realised I should have trusted my gut; I hated it. The course, my housemates, everything. I was lost again. I vowed I would never go to university, much to the chagrin of my parents.
I went from university to working as a waitress at a pub/restaurant. All I figured out about myself whilst working there was that I did not want to work in hospitality my whole life. So I saved up my money and left, taking my search to Italy.
Whilst working as an Au Pair (which is fancy-speak for 'full-time nanny') I spent a lot of time drawing for the children in my care. It all started because the youngest had a whiteboard and wanted nothing more than for me to draw “nee naws” (fire trucks) for 5 hours straight. In order tospare myself from this slow torture I convinced him to let me draw his favourite cartoon characters instead. Then I started practising them whilst he was in nursery so I could get them right. I already had a digital drawing tablet because I'd dabbled in art before and it was whist I was drawing my 20,000th Peppa Pig that I realised that I actually really enjoyed it.
When I got home from Italy I dived straight into setting up my own art stall at Cardiff Comic Con and ended up selling...nothing. I wasn't a very good artist. I'd only been drawing seriously for about 3 months and I was only OK. 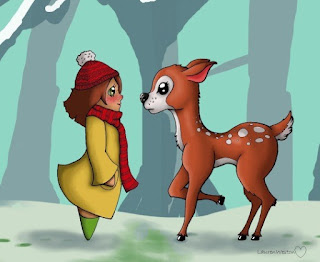 So I got another job, this time as a Lab Technician at my brothers school, and I spent all my free time drawing. I was still adamant that I would NOT be going back to university and so I utilised the internet for all my learning. I got better, but I reached a standstill. You see there's only so much you can learn without feedback from someone who knows what they're doing.
I realised somewhere along the way that I wanted to use my art to tell stories and so I set out to make a graphic novel. About a year after starting that project I'm still yet to draw more than 1 page of it. I hit a wall in every way possible. I ran out of motivation, ability to improve and time. I was back to being a waitress and drawing fan-art in my spare time. Then, one evening I was deep in “YouTube hell” wading through hundreds of video that I stumbled onto through no clear path, when I clicked on a video of Glen Keane.
Glen Keane is an animator who worked on Disney films like “beauty and the beast” and “the little mermaid”. The video was of him discussing technology and drawing Ariel in 3d using a VR headset. It sparked me. I wanted to be a part of everything he was talking about. And so, 6 months later I'm here. I've been through interview, submitted my portfolio and got my Unconditional offer to Cardiff metropolitan University to study animation. All because I didn't like Cambridge and some 3 year old made me draw a cartoon pig everyday for 4 months.
The moral of this story is that you may be unsure of what you want to do, and you may make mistakes along the way. Even this decision might be a mistake for me, who knows. But you can always change your mind, change paths, and figure yourself out. Through any crazy means that come to you.
Advertisement. Why the ads?
Advertisement. Why the ads?

Sponsored by The Open University

Master Your Own Artistic Voice at LCCM

#UniAsItShouldBe, students and their needs first!

Sponsored by University of Bolton