User menu
Borrowing a little from various Scottish cities, the country's third largest city has history, culture, countryside, and nightlife to please everyone.

Despite being a fairly small city, Aberdeen has a great mix of cultural, natural, and urban spaces. In one day, you could venture out into the nearby countryside to visit a castle, go dolphin-watching at the beach, eat at an award-winning local cafe, and meet your friends for a drink in one of the many bars on Belmont Street – the hub of most of the city's nightlife. There is something for everyone, it is completely accessible for students, and complemented by the unique local culture and dialect. Second year student, University of Aberdeen

What Aberdeen's famous for...

If you see Aberdeen's buildings sparkling, your eyes aren't deceiving you. The city is built from locally-quarried granite that’s known to do so when the sun hits it.

Aberdeen nightlife, according to students

The nightlife is really good, especially for freshers and sport clubs. Atik, Underground, Tunnels, Prohibition, and Paramount are really popular. Students who visit Aberdeen say they have one of their best nights out here. There are also loads of pubs. The Bobbin is a pub that students like to go to, as it is located right next to the university. Because most clubs are centred around one place, it feels very safe as you constantly see students everywhere. The main Street is Union Street, and you also have loads of food places open late at night, and a taxi rank located less than a three-min walk from most clubs/pubs. (Second year student, University of Aberdeen)

You might not expect bottlenose dolphins or basking sharks in Scotland, but both can be spotted from Aberdeen's seafront. 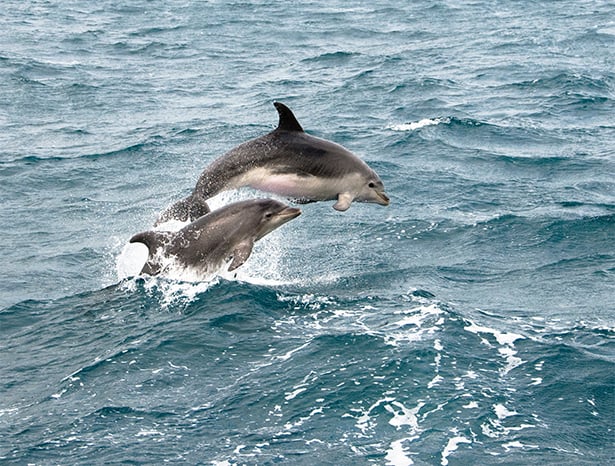 Aberdeen nightlife, according to students

For something a little more reserved, with specially made whiskey cocktails, The Tippling House is perfect for a sophisticated night out. A little more crazy, with amazing tunes and cheap drinks, would be Underground. It’s also a hive for [the LGBT community]. (Second year student, Robert Gordon University) 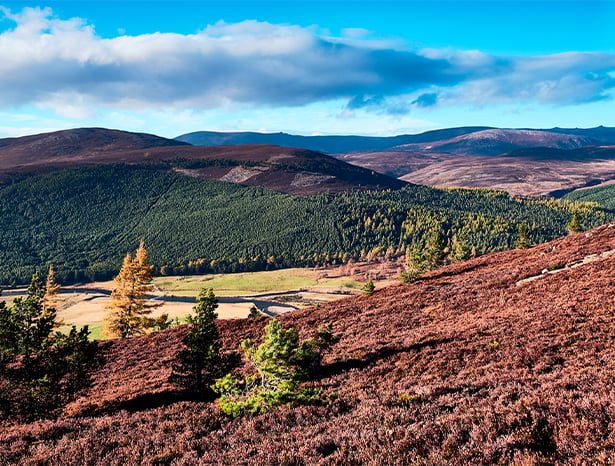 View from the Art Gallery

The view from the Gallery roof. (Sophie Clark, University of Aberdeen student)

There are always events like this, whether just outside Aberdeen – this was at Crathes Castle – to horror [film] showings at Slains Castle, [and] Duthie Park. (Samantha Edgar, second year student at SRUC Aberdeen)

Living in Aberdeen, according to students

Kittybrewster – I really like where I live. It's not too expensive, even though we're quite close to the centre (a 20-minute walk). We have multiple corner shops close by, as well as bigger supermarkets like Lidl, Morrisons, and B&M. There aren't really any restaurants or pubs close to here, but we have a chippy just a few roads down. It's also just next to campus, which is fantastic – it's just a ten-minute walk, not even. There are a lot of students around this [area], and neighbouring areas. I would definitely live here again. (Third year student, University of Aberdeen)

The ferris wheel located at the beach. I personally love visiting the beach, to unwind and to enjoy the sounds of the waves crashing on to shore. (Valerie Vasala, second year student at Robert Gordon University)

Take advantage of the Aberdeen open day in September/October, to visit buildings that are not usually open to the public. Here's my boyfriend and I at the Confucius Institute. We have never been deeply interested in the Chinese culture, but we had so much fun with them that day. (Rossella, second year student at University of Aberdeen)

Living in Aberdeen, according to students

I chose to live in Rosemount, as it’s central and a safe area. You sometimes have to be careful as to what areas to avoid in the city. For example, some parts of Torry are known to be dangerous. However, it does take me 40 minutes to get to the campus by bus or foot! So for RGU, I'd recommend Garthdee: it's a functional area, rural, not too far from the city, and the university is right there. I'm currently looking to move to Cults for my last year of uni, as it's near the cycle route and more rural. I'm a country girl at heart! (Third year student, Robert Gordon University)

Housing, travel, and budgeting tips. You can also check our accommodation site if you're looking for student accommodation in Aberdeen.
Where you'll find students
Local transport

The beachfront is a good place to park in town. It has free parking, a cinema, restaurants, and other activities. It's also only a ten-minute walk to the town centre, or a two-minute bus ride, and means you don't have to pay loads for parking. (Second year student, Robert Gordon University)

​Discover more savings on student life in Aberdeen with UCAS student discounts. Find the latest deals, from fashion brands and eating fresh, to big discounts on tech and travel.

The Point by Dandara Living

Need help with your Personal Statement?

Sponsored by University of Central Lancashire