Search
Search
User menu
In the throes of a 20-year regeneration scheme, Teesside’s largest town offers everything a city does, with a buoyant ‘can–do’ attitude.

Middlesbrough is a town I would describe as ‘cheap and cheerful’. Practically for a student, it has what you need at a reasonable price, and you don't have to walk far to be in town. It is known for the chicken parmo, it's industrial heritage, and steel work production. While the town is 'nowt flash', the countryside and the seaside are not far away. (Third year student, Teesside University)

Is it in North Yorkshire? Teesside? Cleveland? One thing Middlesbrough isn’t, sadly, is a city – it’s had three different applications rejected, in 12 years.

Middlesbrough nightlife, according to students

Despite Middlesbrough being a smaller university town, there is still plenty to do for nightlife. One of the favourites is Macy Brown’s, which always has great student deals and amazing cocktails. If you don’t drink, then there are also a lot of restaurants. There are some hidden gems further up Linthorpe Road away from the town centre, [like] The Copperstone which serves great Thai food. (Second year student, Teesside University)

Middlesbrough’s Transporter Bridge, a listed structure from the Edwardian era, is the only bridge in the UK with a licence for bungee jumping.

Middlesbrough nightlife, according to students

Linthorpe Road and Baker Street are full of cocktail bars, and micro bars with different music. Zetland Road is where all the clubs and pubs are at. If you like indie and rock, I would recommend The Middlesbrough Empire; for chilled, classy kind of vibes, The Dickens Inn and Macy Brown’s; and for R&B, pop, and grime, SOHO club. (Second year student, Teesside University)

‘The Parmo’ is the late night, post-partying snack of Teesside. A breaded chicken cutlet topped with white béchamel sauce and cheese, you'll need a workout after this calorific dish.

Living in Middlesbrough, according to students

Central Middlesbrough – You are pretty much guaranteed to find accommodation very close to campus. Despite being so close to campus, my accommodation is less than £100 a week, including bills, for a four bedroom, two bathroom house which is in great condition and very homely. I would recommend TS1 Students [letting agent], who have always been very helpful. The shopping centre is a five-minute walk down the road from the campus. Middlesbrough is not always given the best reputation, and you do have to be cautious with some aspects. While there are disturbances here and there, I have never had any issues with my own safety. (Second year student, Teesside University)

Living in Middlesbrough, according to students

Norton – I live north of the River Tees in Norton. Great cycle paths can get you much of the way [to campus] traffic-free if you have the legs for it (30 minutes to an hour) – car is 20 minutes depending on traffic, bus can vary. The high street has what you need. [It’s] probably a little more expensive, but much quieter than Middlesbrough town centre.(Third year student, Teesside University)

Where you'll find students
Local transport
Find your digs!
Halls on campus, student housing in town, or your own private living space? Discover which accommodation is right for you.

You can get the train directly from Middlesbrough to Saltburn-by-the-Sea for a couple of pounds, and be on the beach in less than half an hour. (Third year student, Teesside University)

​Discover more savings on student life in Middlesbrough with UCAS student discounts. Find the latest deals, from fashion brands and eating fresh, to big discounts on tech and travel. 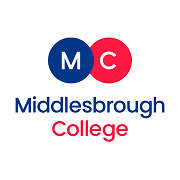