Search
Search
User menu
Want to find out what it's like to do a placement abroad? Farah Hamdan went further afield than most people to follow her passion for conservation – read about her amazing experience in the Galapagos Islands.

What qualifications did you study before you started your degree?

I attended high school in Beirut, Lebanon where I sat exams for the Lebanese Baccalaureate. After that, I started a BSc in Environmental Management at Queen's University Belfast, with a year of professional studies (in the Galapagos!). After this, I decided that I would love to stay on at Queen’s University and enrolled in the MSc Ecological Management and Conservation Biology, which I am currently working towards.

Why did you choose to study a degree in environmental management?

I decided quite early on that I wanted a career in something I could pour all my passion into, a career which I loved every moment of. And for me that was in conservation and environmental management.

The program at Queen’s was particularly interesting because of the academics involved in it and the types of projects, both locally and globally, that they were a part of (like in the Galapagos). It was a somewhat small school, which meant it would be easier to get involved with these projects and get to know the professors and academics.

How did you get on such an amazing placement to the Galapagos Islands, and how did you fund it?

We were constantly told that help would be provided to us to secure placements, but I really found out the extent of this when I reached out to one of my professors, who had mentioned in one of his lectures about the work he does with the Charles Darwin Foundation in the Galapagos Islands. I thought it would be too good to be true, but I had to try!

So I asked him if there was any chance he could put me in touch with his contacts at the Station, and before you know it, I was getting my confirmation email inviting me out to the archipelago for 12 months!

A lot of the funding came from Queen’s Travel Fund which helped me cover flights and visa costs. I also made a little extra money by writing blog posts for the School about my work and day-to-day life while I was out there.

What was a typical day like for you on your placement?

When I first told my friends I’d be going away to the Galapagos Islands to do my placement, they all said the same thing: 'That’s not a real place'. Even those few who did know a bit of world geography couldn’t imagine me flying out into the middle of the pacific to get work experience.

The lab window looked out onto the ocean and the rest of the town, which is a beautiful array of small, brightly coloured houses and shops. Going there, I expected to see a lot more tourists than locals, but I was surprised with the preservation of local culture and identity.

And by that I mean the wildlife, which is the basis of the entire culture of this place. Marine iguanas, sea lions, and reef sharks were EVERYWHERE. The walk to the lab where I worked is known as the 'Iguana Walk', because of the 67 (last time I counted) marine iguanas that lay in the middle of the path sunbathing while you do your best not to accidentally step on one’s tail.

If you walk through the town during the day and pass by the fish market, you’ll usually see two or three sea lions lounging around, waiting for some scraps from the vendors. As for the sharks, well they’re honestly in every corner of the ocean around here. But their favourite spot around town is the docks. On a good day, you could probably see about 12 black-tip reef sharks in one spot.

What was the highlight of your time in the Galapagos?

This is a very difficult question to answer, as I can think of so many things that made the trip so memorable and life-changing.

I was surrounded by incredible wildlife and passionate people, in one of the most pristine places on the planet. The most rewarding part of it all was knowing we were doing incredibly valuable work, in which you saw the results first-hand.

Along with CDF’s Marine Invasive Species team, I worked on a project looking at plastic marine debris as a possible vector for the transport of invasive species, particularly invertebrates. Plastics have been a major concern in every sea and ocean in the world, not just as a hazard for the wellbeing of marine and coastal wildlife, but also as a means for non-native species to travel to and invade fragile ecosystems such as the Galapagos.

This makes a study such as ours of the utmost importance for monitoring and identifying any potential invader and potentially preventing any major ecological impacts they may cause.

Were there any low points for you?

Of course, it’s not always easy to live in the middle of nowhere, far from a lot of amenities and luxuries that we’d grown used to.

You find yourself missing small, random things like takeaway food or a nice warm bath. WiFi was also always painfully slow, and you could barely ever get your social media pages to load. But it’s a small price to pay, and you forget about those things pretty quickly when everything around you is so exciting and beautiful. By the end of my time there, I’d become very used to life without those little things.

What did you learn about yourself?

As clichéd as this sounds, I genuinely believe that adventures like this are incredibly character-building. I found myself traveling halfway across the world to a country where I knew no one and could barely speak the language, and I had to somehow get by. And not only did I get by, I thrived!

Doing scary things like that can help build us into amazingly capable versions of ourselves that we would’ve never thought possible. So it wasn’t really a matter of 'discovering myself', it was a transformation, a learning process like no other. I came back comfortable, confident, and fearless, because if I could pull that off and turn it into a magical experience, then I could do anything!

What advice would you give other students thinking of doing a placement abroad?

Do it! I know it may seem scary, or you might not be sure if it’s worth taking an extra year for, but I assure you that it will be! Every person I know who took time to study or work abroad has come back more confident with themselves and their work. It has given all of us different perspectives on the world and the work that we do to be a part of it. We’ve met incredible, like-minded people, and learned so much more than we ever imagined we would.

It’s a risk worth taking.

What do you want to do when you've finished your MSc?

Once my MSc is done, I plan to go out to Bali for a few months to take part in a SCUBA diving internship and hopefully get my Divemaster qualification.

After that, I’m hoping to be able to go back to Lebanon, my home country, and work alongside the marine conservation efforts that are currently working hard to protect some of the more vulnerable marine systems in the Eastern Mediterranean.

If you're interested in careers that could help save the planet, watch our video below for more ideas. 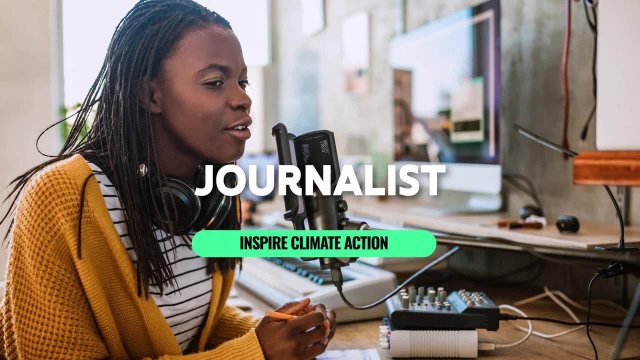 Once you’ve narrowed down what interests you, start exploring your options in more depth.

Create your UCAS Hub – it's your space to help you plan your next steps. You can read more about the subjects you’re interested in, explore your options, discover courses and apprenticeships, and check their entry requirements. You can favourite subjects and courses, and use our handy tools to get you started on your UCAS application, when you’re ready for this.

Was this page helpful?

How and where to study

There are many ways you can study, with different work combinations and locations, including distance or work-based learning, and more.

Studying abroad offers a different way of learning – giving you exciting new cultural experiences and opportunities to develop and grow. Is it right for you? Consider your options and find out.

Make your application count with EHU