My first week at uni 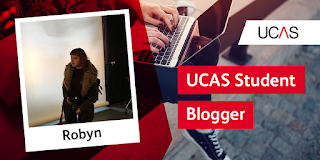 I've successfully survived my first week at uni, and I'm absolutely exhausted from it. The first day was lovely and calm, when the people on my course and the tutors just sat in the main teaching room. We got free reign of the biscuits and the tea and coffee making facilities and we got to chat to everyone, figure out where we were all at and who specialised in what kind of photography. (Also we kind of figured out who our competitions were - which isn't a healthy business relationship). We got a long lunch, got lost a lot around the uni and found where we were meant to be. In the second half of the day, we all piled into the studio in a massive circle in alphabetical order to start the dreaded task of icebreakers and the 'name game'.
The name game was the most brutal thing I think I've ever been through. It went from each lecturer, each one introducing themselves and then the people that spoke before them. And in a class of 40 people, it gets hard to remember. Especially when I'm as far down the alphabet as 'R'. It did help though, I know a good amount of people's names.
After that we got an introduction to the student union, which was lovely and everyone was friendly enough to convince me to at least run for being a student representative.
On the 19th September, we had an introduction into the course and the trips. We were each assigned a group, either A or B which we would end up stuck with for the rest of the time on the course, we got told about the different trips which would bankrupt us in the future (but look cool enough for it to be worth it). We got a welcome from the Vice Chancellor, which was nice, and then started on the Polaroid task.
The Polaroid task was a little bit of a scary concept, because I'm used to being behind the camera and definitely not in front of it. I've never worked with Polaroid before, and it was an interesting thing to see the photo developing itself. We used an Instax camera, which I've been considering getting for quite a long time, and that definitely solidified it. (I've got one of those in my amazon basket now.) We had to describe ourselves in 10 words, and I think I absolutely nailed it with 'floaty', 'autumnal' and 'ditzy'. And then we took photos of our partner, which was a lovely thing to do to bond with people.
Then we got a library induction, which was literally all it was. It was a library induction. We got taught about where things are in the library.
On the 20th, we ran over the upcoming Castle trip in Northumberland, which made me too excited to take photos and stay for 2 nights in an ex prisoner of war camp and castle. I've been thinking about what kinds of photos to take, but honestly, I have no idea. We ran over the roles and responsibilities of our course and then enrolled, which was a terrifying experience because an ID photo is for life, and I didn't want to look like a troll (which I did, but we don't talk about that.) After that, we got introduced to the Virtual Learning Environment, which would literally be our lives throughout the course. I'm not sure if I'm ready to live my entire life off one website yet, but I'll adjust to it eventually.
On the 21st, me and two other coursemates wandered around Leeds on a task set by our tutor that involved us having to walk around Leeds to get to know where the landmarks were. We had to take photos in front of different landmarks and email them in, which was a nice time to chat with my coursemates about how much we don't like being in photos and how we could go about getting a funny photo without looking like we were joking about too much. We just settled for a normal selfie, which was against my idea of using snapchat stickers and just sitting in the cafe. Despite it wrecking my legs, it was a nice day out.
I'm looking forward to the start of the course, now I know a few of my coursemates. The course leaders seem lovely, and it's going to be a good few years. I’m ready to crack on with my course and get to know more about what I plan to do for the rest of my life.

Find your new uni halls and get all the advice you need by checking out our accommodation page!