Reflections of a first year by Julian Carter-Tugwell 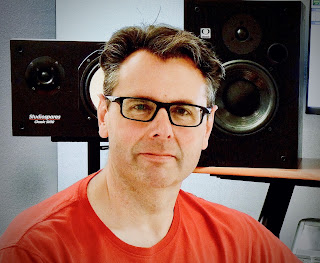 As I write, I’ve just completed my first/fresher year at the University of Gloucestershire (UoG), and it’s been both an eventful and incredibly fulfilling experience so far.

Returning to study wasn’t a decision that I took lightly. At the age of 47, not unlike most people of that age, I had acquired a good set of life’s baggage and responsibilities. I also had a modicum of security in permanent employment, and a natural reluctance to jeopardise this. However, on the flip-side, I had a growing realisation that my career had reached an impasse. I had never really achieved the happiness and sense of belonging that I craved during my 30 years in employment.

I’m a firm believer in the adage that ‘life is too short’, and I certainly don’t want to regret the things I haven’t done, once retired. Hence, I began to tentatively investigate the possibility of returning to full-time, vocation-based, education, to improve my prospects of finding a more suitable career path; I have twenty-plus years of working life left in me, and I want to make the most of them.

I initially attended a teaching open day, as my pragmatic nature directed me thus. The event was very informative and answered every question I had, and more. However, I was hesitant and knew, despite its solid vocational status, and the possibility of studying at an exceptional establishment, that this wasn’t for me. Having scanned a generic course brochure, in my heart of hearts, I knew what I really wanted to do: Popular Music. Was a it possible though? Yes, I had a raft of doubts, but how do you know if you don’t try?

I’d played keyboards, sung and written songs for over 25 years, but it had never, realistically, gone any further than a hobby, even though I’d been dedicated at times – largely due to lack of money and resources. I felt I didn’t have the experience to offer, had a number of seemingly irrelevant qualifications, and an even less relevant CV (I’ve worked in the civil service, air traffic control, and health and safety, to name a few jobs). Nevertheless, I had nothing to lose, so I set about applying.
The University of Gloucestershire was my first choice of educational establishment, largely due to my domestic circumstances, and because my wife is also a full-time university student, studying to be a nurse, locally with the University of the West of England (UWE). Nevertheless, the university also has a superbly equipped media campus, staffed by very experienced industry professionals, which sealed the deal for me.

Prior to being offered an interview, I had been asked to submit evidence of qualifications, a CV, and a portfolio of my musical work. When I received an invitation to attend an interview day, I had a huge sense of awe. Maybe I could do this though – I’d got this far? The event itself was wholly informative and enjoyable. It provided good indication of what student life was about at the UoG, the content of my course choice, and it was also an opportunity for me to showcase my musical ability. When I say ‘musical ability’, I need to be clear that I wasn’t a ‘jobbing’ musician, just someone who liked to write songs, play, and record for their own entertainment. Yes, I’d been dabbling with keyboards since the age of 16, could produce a SoundCloud portfolio, and had a few qualifications to my name, including CSE’s, GCE’s, GCSE’s and several occupational Level 3 certificates, gained in employment. However, I wasn’t an academic, professional, or properly trained, in any sense of the word, and it was somewhat reassuring to meet some others in the same position as me. It was clear that creativity, commitment, and resolve were key factors in the selection process.
When I received my offer, I was elated. I’d made my first tentative steps into higher education, and in a subject/vocation I could only previously dream about. It was a life-changing moment.

Okay, so I’d got over the first hurdle. How would people receive my news? What would my wife think? Well, the whole experience was the antithesis of my expectations. Family and friends have been incredibly supportive. However, my wife should receive the biggest accolade. Not only has she been a huge source of encouragement, as a student herself, she has huge empathy and understanding for what I’m doing – she knows what it means to me.

So, the next question was how would the bills get paid and could we still have a life outside of the course? Thus, armed with my offer, I applied for student finance – tuition fees and maintenance. There are plenty of questions to answer and the forms are a little daunting at first sight. However, it’s worth the pain. I’ve, personally, found Student Finance England (SFE) most helpful to deal with; their website is very straightforward to use and their call centre personnel very reassuring.
I suspected it was unlikely that my maintenance grant would be sufficient to cover everything. Therefore, I made provision in my SFE application for a part-time wage. Subsequently, I was able to secure a part-time role as a vehicle loader, for a well-known courier company. I now work between 4am and 8am, Monday to Friday. This suits me well, as it facilitates my lectures and I still have weekends free.

Student status can help in other ways, such as reduced bus fares, retail discounts, and a Council Tax exemption for the duration of the course, if you’re in private accommodation. All of these make a big difference when running a household.

My course commenced on 18 September 2017. My biggest concern was, being older than many of my lecturers, how would I fit in with my new peer group – most younger than my 22 year old daughter? Well, I needn’t have worried. Within my first two days, I was working on a project with a member of my cohort and have done so, with others, on many more occasions since. I feel that I was accepted very quickly by my fellow students, which was a big relief. I feel very privileged to be amongst such talented and creative people.

The support network for mature students and pastural assistance are, quite frankly, superb. I’ve never yet experienced anything as good in all my years of working. There’s always somebody to talk to for advice.

So, here ends an educationally rich, roller-coaster year – let my blog bear testimony. I can’t wait for the next instalment in September!