Settling in at uni 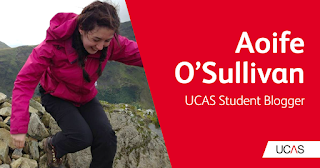 Just 3 weeks ago, I was sitting on my living room floor surrounded by bags and boxes that were to be loaded into the car the next morning to start my 200 mile journey to Wales. I never thought that I would be in the position I was, with AAA in my pocket and a place at Cardiff University.

As we crossed the bridge, inevitably, it began to rain. I was too busy battling the rain while carrying all my belongings up the stairs to really take in my new campus. I was so excited to decorate my room and make it my home for the next 9 months, so I brought photo frames of my family and friends with me to put around the room. Doing something small like this meant that I could still see familiar, friendly smiles even when I was hundreds of miles away in a new city I had never been to before. When my Dad had left me standing in the doorway of my new home, a huge wave of emotion came over me and it finally hit me that I was really doing this!

I already knew who some of my flatmates were through finding them on social media pages, so I had some idea of who I was going to meet. I’d heard horror stories of people moving into halls and having the worst flat imaginable and I was so worried that my flat wouldn’t like me (or I wouldn’t like them!). I was incredibly lucky because my flat, and the flat next door, are some of the most interesting, funny, and approachable people I have ever met. Everyone is in the same boat, worrying about who they’ll be living with and I’m guilty of it too, but I shouldn’t have been so nervous because I’ve met some really amazing people. I would definitely recommend finding social media pages for your university- you will find people in the same position as you and you will be able to build that little bond way before you even move to your new city. Not only have I made friends on my floor, but induction week means you meet even more people from all over who you see settling into university life too. I, again, have been enormously lucky that I had made some friends over social media and during induction week meaning my flat’s kitchen is almost never empty and there’s always a new story or joke to hear.

I found it strange to tell stories about my friends to people who didn’t have a clue who they were, and this made me miss home so much. It wasn’t until one of my new friends had a bit of a meltdown that I knew bottling emotions up like this was really not the best idea. I rang my grandparents and my parents and tried to come off as calmly as possible, but hearing family voices over the phone and knowing they’re in a different country made things seem almost too real and really quite overwhelming. I talked to my friends about how I was feeling, just to find they were in the exact same position and we realised that we weren’t alone at all, and that the bonds we were making crying over missing home after having too many slices of free pizza, were going to help us feel even more settled. I text my family almost every day, even if it’s just sending some photos, just to let them know I really am okay.

It is so true, that during freshers’ week you will sign up to loads and loads of societies, and attend maybe 3 of them. I knew before I came to university, that I wanted to do dance and netball alongside my studies so I have been more inclined to actually turn up than I have for the rowing club (that I don’t quite remember putting my name down for). I’m quite lucky that my course is known as “long and thin”, meaning I don’t have many contact hours. It’s meant that I have been able to balance my lecture and seminar time with reading time as well as time for sports and other leisure clubs. Having a huge academic calendar and a planner helps a bunch too!

If I were back in year 13, applying through UCAS again, I would definitely have paid more attention to what I was actually doing. I never planned to go to university, so when I was pressured by teachers to apply for 5 different universities that I had no interest at the time, I chose 5 random universities as far away from London as possible, without actually looking at what I was applying for. I also didn’t visit any of my choices which was a huge mistake because I feel as if I had come to Cardiff earlier than my move in date, it would have made my decision much easier and I would have known much earlier that this is where I wanted to be. It wasn’t until results day that I made up my mind after having done some research about my options that I decided Cardiff was where I really would like to go. I absolutely love my course because I am genuinely interested in it (no way could I see myself sitting in an office now) and I do look forward to my lectures every day. Obviously university isn’t for everyone, and I was convinced it wasn’t for me either. Keeping your options open is the most important piece of advice I have. Some people thrive moving straight from sixth form to work and some feel it’s best to take some time out to work out what they really want to do.

University really isn’t for everyone, and as someone who had options of both university and an apprenticeship, I would say do what YOU want to do. Don’t listen to your teachers or parents about what they think is best or what they want their school statistics to say- do what makes you happy and what you will want to spend the next few years doing. Sometimes advice given by those who are older than us is not always the most helpful thing. I had arguments for both options constantly in my ear and I wanted to make this life decision by myself. Don’t choose something just because your friends are doing it or because it’s ‘just what happens’, there are so many opportunities available to young people nowadays that you can be successful regardless of which path you choose post A Level.

One more piece of advice: if you do decide that university is for you, stock up on tissues and Strepsils; freshers’ flu WILL catch you!

Find your new uni halls and get all the advice you need by checking out our accommodation page!

Dream of the journey you’ll take