User menu
‘The Gateway to the Highlands’, Stirling’s central location has been pivotal in Scotland’s history, and makes exploring the rest of the country easy.

Rich in culture and history, with many open green spaces, cafes, and lots of students. Lots of opportunities to explore, [Stirling is equal distance] from Edinburgh and Glasgow, as well as offering plenty of transport options to the Highlands. Small enough to easily get around by foot or by bike. (Second year student, University of Stirling)

What Stirling's famous for...

Located atop a steep volcanic plug, Stirling Castle was a key stronghold during the Wars of Independence between Scotland and England, switching hands several times.

Stirling nightlife, according to students

The clubs and bars are close to each other. My personal favourite is Kilted Kangaroo. It's got really quirky decor, and a student discount which is very handy. Not only is it a good place to drink, the food is also amazing – their chocolate cake is delicious. Best days to go out for partying are Tuesday as it's Skint night, Wednesdays are your sports night, and obviously Friday and Saturday are super busy as always. (Second year student, University of Stirling)

Stirling was only designated a city in 2002, as part of the Queen’s Golden Jubilee celebrations. At the time, it was Scotland’s sixth official city. 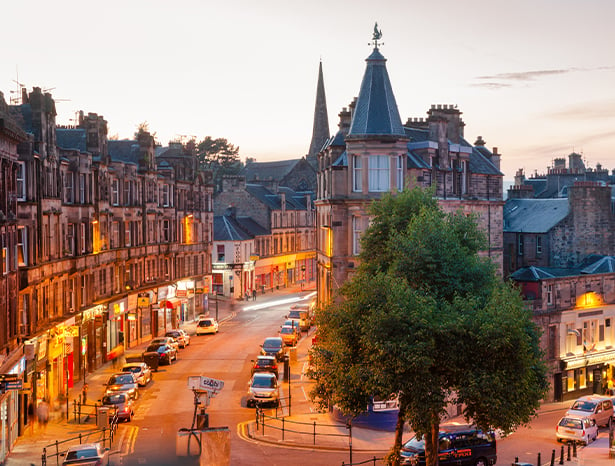 Stirling nightlife, according to students

Edinburgh and Glasgow are only a short train journey away if you wanted a day shopping, or a different night out. The nightlife in Stirling is pretty good and unique to other university cities in the UK. There are only two nightclubs, but this isn't negative. They are both fairly good, always busy, and creates a ‘rivalry’ between those who choose Dusk or Fubar for their respective nights out. There are plenty of pubs for a good pub crawl or pub golf. (Third year student, University of Stirling) 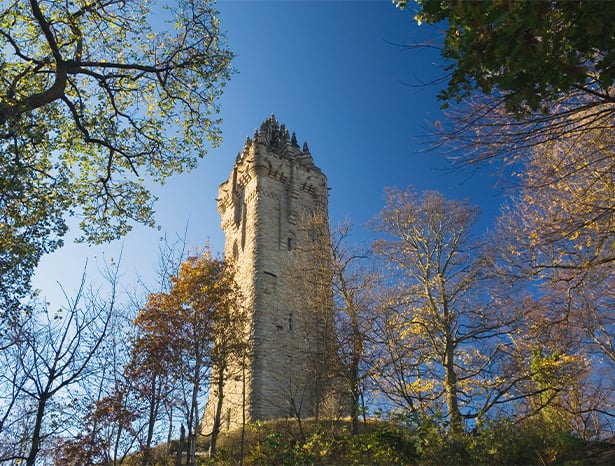 This is the view of Stirling from the footpaths behind the university accomodation – a place you can go to get good views, and take time out from university work. (Owen Davies, second year student at University of Stirling)

Living in Stirling, according to students

Riverside – it is a really quiet area, which is lovely to get a bit of peace from the town. It's not the most expensive flat, however I do know there [are] cheaper accommodations available. But I really love my flat so [I] wouldn't change it at all. I am a ten-minute walk to Tesco, which is a really lovely route beside the river, as well as a ten to 15-minute [walk] to Lidl/Aldi and B&M. I'm about ten minutes [away from] the main bus route to uni, which can take 15 minutes on a good day, and over 30 minutes when it's busy. There are a few shops, two convenience stores, a dentist, hairdressers, and a vet – the wee shops are really well stocked, and one of them has a post office which is really handy. (Second year student, University of Stirling)

A cycling sunny day in the countryside, Bridge of Allan. (Alexia Forschner, second year student at University of Stirling)

This is the view from the bridge on campus. It's always stunning when the sun is setting. (Amber Smith, second year student at University of Stirling)

Living in Stirling, according to students

City centre – the flat was very cheap for the location. There is a Sainsbury's cornershop for necessities, which is essential as it is a ten-minute walk to the big Tesco. Loads of pubs nearby, and it's a minute walk from the bus station for the bus to university – [it] guarantees you a seat, especially in the morning when the buses are heaving. (Third year student, University of Stirling)
Where you'll find students
Local transport

If you live within a certain area in the centre, you can visit the castle for free – the normal admission is about £15 per person. With the Next bike app, you can use [the] bikes in Stirling for free as a uni student. Getting the First Bus app and buying a monthly ticket can save a lot of money. (Second year student, University of Stirling)

​Discover more savings on student life in Stirling with UCAS student discounts. Find the latest deals, from fashion brands and eating fresh, to big discounts on tech and travel.