12 months of social distancing, a year of distant social. 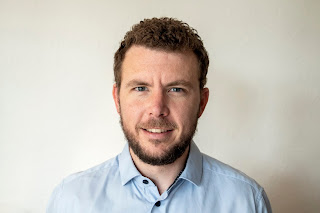 Generation iPhone, Millennials, Gen Z, Covid-cohort – all names synonymous with the ‘younger’ generation who are intrinsically embedded in the culture of social media.

When Apple released their first iPhone in 2007, it was a true revolution in every sense of the word. It changed the way that society consumed information, but even in its innovation none of us envisioned how powerful the smartphone would become, and chances are we are still in the infancy of this technology.

With all of this connectivity comes myriad opportunities to digitally connect with others, and many of us can raise a guilty hand and admit we do this too much and too often. But it’s the Gen Z cohort which has generated the ability to rapidly assimilate vast amounts of data, and make decisions in an instant. Their brains are more computer-like than any before them.

It is well documented that Facebook is seeing a continuous demise in usership in younger audiences. What is still startling, is the longevity of the platform – where are Hi!5, Bebo, and MySpace now? Facebook still lives on, but for how much longer?

The Cambridge Analytica scandal rocked foundations of trust in the platform, and no doubt contributed to the decline in users, as young people flocked to the platforms where they had greater trust, or at least less distrust.

There is even an emerging theme of leaving public platforms altogether, as we’ve seen in our own research. Students are making the pivot to private, becoming more reliant on WhatsApp, Zoom, Messenger, and Discord. All of which are behind-closed-doors systems.

For those staying public, they want to get a ‘feel’ for where they’re going to invest their time. They want to find their tribe, to go somewhere they can fit in, be interested and be curious, but also be themselves. TikTok, YouTube, Instagram (and dare we say Clubhouse yet?)  are all platforms where you can interact with others like you or, more to the point, others you want to be like. That isn’t going to change overnight and it’s so important for brands to position themselves in these spaces with caution and deliberate intent, and to show their authentic selves, so that Gen Z’s incredible rapid-decision-making brain can move in the right direction.

The Power of the Collective

But how does one get a ‘feel’ for something in a digital age? Well, we probably start with Google, but then we seek out the more authentic answers.

Humans are social creatures, and social media gives us an outlet for this, no matter where we’re locked at home or not. It’s this need for societal function that leads us to trust the review of a stranger over a company’s description of their own product. Real people carry weight, and for the big decisions in life, that stranger’s opinion matters.

And if that stranger has enough of a following, their influence grows and, one day, they’re an influencer. First years are twice as likely to buy a product endorsed by a non-celebrity influencer as they are one from a traditional, old-fashioned superstar...

We can all remember our first awkward, stuttering conversations with Alexa. But over time, it became more commonplace, and now the concept of our own voice engaging with the internet is less existential and unnatural than it once felt.

Ongoing two-way conversation is the way forward. Whether it’s speaking to Alexa, listening to podcasts, or having our own say in Clubhouse - the golden age of multitasking has led to yet another technological leap forward, where we now don’t even need our hands to make a purchase.

Social media is a constantly moving sea of change. Influencers can control the fate of a brand, product, or trend in seconds. Students will move with the winds of change: from Facebook to Twitter, or from Instagram to TikTok. Each will have their own preference and their own tribe. The challenge lies in choosing which platform aligns best with your message and brand, and then striding in confidently, authentically, and strategically.

Need help with your Personal Statement?

Sponsored by University of Central Lancashire