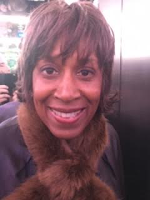 I researched online for possible places to study nutrition, and the prerequisites for admission. I had been away from formal studies for a while. I had experience as an extra in film and TV, and as a professional role player in teaching hospitals. I also attended a two-year college course in general business studies – but I wasn’t strong in the sciences. I called the university admin support and was advised to consider one of two options: take an Access course, or do a programme of study to include the science foundation.

I initially tried to do my foundation course at Kingston University

I was travelling in from north Kent, not thinking about the commute.

When I had my interview with Kingston’s Head of Department, he asked, ‘Are you sure about the journey?’.

And then I found out he was right!

I’d just thought ‘London – it’s exciting!’. I forgot that studying should be my first priority – so from that point I started to question if I was doing the right thing. With travel disruptions and worries about money, as my maintenance loan was being eaten up by the travel – everything was just too much.

Having said that, I don’t regret my time at Kingston – it pushed me to be a bit tougher and hang in there. What was encouraging was there were about 12 mature students of varying ages and abilities. The variety of students was nice. Others were studying while having families and responsibilities – we were there for each other.

My partner said, ‘Don’t give it up, you’ve always wanted to do this. Why commute all the way to London, why not Greenwich?’. 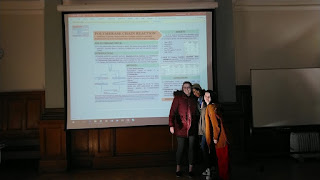 It’s on my doorstep, – a wonderful institution, and I’m no longer exhausted. There are a larger group of mature students, particularly across medicineal and business. We all have families and responsibilities, so we’re there for each other. Plus, Greenwich is extremely supportive, in every single way.

When I went to the open day, I met most of the people in the department, including the Dean who was very sincere. Everyone was approachable, and when I started they were never too busy to talk to me.

I’m doing OK on my course, although I’d like to do a bit better because I think it’s important to push yourself. We’re just coming to cell biology lab reports, which is a bit daunting. But seeing how far I’ve come, I’m really proud of myself.

I’ve had arthritis since I was seven years old, but this year it’s been really painful. It has been frustrating taking time out and having to just focus on my studies.

Don’t ever feel you should say no

Just give it a go – the support is there for you. Life isn’t a rehearsal, it’s the real thing, so we need to make the most of every opportunity. Mine might have come a bit later in life, but you’re never too old – don’t let things get in your way to stop you. Take it seriously, do your best to earn that degree, and the academic support people will be there to help. Never feel you can’t do it.