Charlotte Stevenson
When I faced university, the new challenges and new aspects of an entirely new place took over and some how my brain completely erased the memories of only two years earlier, when I had been beginning sixth form with much the same feelings. It is strange to look back now and think that for both of these experiences, I must have been experiencing very similar things. But the thing is, when everyone around you is adjusting to the new situation as well it is often quite easy to adjust - and if not easy, it just happens so quickly that before you know it, your A levels are over and you're moving on to the next stage in your academic training.
Manchester was definitely a fantastic city to study in. In fact, studying here meant having access to many interesting and valuable resources - from the John Rylands' library to the museum of natural history, or even the foreign language centres, and especially the central library with it's floor of musical manuscripts, biographies, letter collections and CD's. Studying in a city is what unlocks the wealth of its' culture. For the first time, you will feel like a city belongs to you in your experience and that is something which is extremely exciting about going to sixth form because, especially if you are studying somewhere you have lived in or near your whole life, you will find out new things about it. The history of it, the way the traffic moves or when the best time to go to the library is. It's definitely one of the best periods of time in your life, that stage between high-school and university. 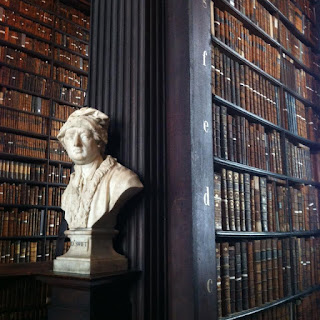 My sixth form was one on the opposite side of the city from where I lived and had previously gone to high school, so one of the first things that I had to get used to was the fact that I was going to be travelling for long hours. For me, this was worth the journey every day because it was a place of education which suited me. There were extra classes and options that I would not have had access to had I remained in a local sixth form. With music especially, being in a place so different in learning style from what I was used to was an excellent challenge as it meant being thrown in right at the deep end and having to learn to pick up the mental skill to learn to (metaphorically of course) swim. The long hours were difficult to get through at first, but the more I studied, the more I remembered, which meant my drafts remained on my predicted grades and above, I had learned how to fit my schedule to include everything I needed and still managed to keep that balance between family, friends and study.
One of the most FAQ from my friends younger siblings or other readers of my blog is, is it difficult to make friends? This is a tricky question to answer as we are all different and all interact in different ways. As I mentioned previously, all of you being in the same boat of being in a new place means that adapting is much quicker than it might otherwise be meaning you will soon know lots of people. The process of meeting and socialising is supported by your classes where there will be small ice breakers to get to know other people and there will also be plenty of extra curricular clubs based on the subjects you like. It is not necessarily difficult, it is just something that takes time, but the result is that you will meet people with the same interests as you who will become some of your best friends.
Moving to a sixth form from high school was for me even more of a fresh start than I thought it would be as only one person from my former place of study ended up in my new place of study which meant there were easily over a 1000 people who I didn't know to get to know. I met some pretty amazing people with big dreams who were there to work hard in order to achieve their goals, and through them I learned equally as much as I learned from my classes. Interacting with all of these people meant that I  was not limited to just my A levels, but could interact with a whole world of new information. This was valuable in many ways, but mostly in how it developed my thought process. You will find that you pick up many peoples' opinions, thoughts and voices and these will definitely support you as you learn and grow, developing your own voice as an individual. You'd be surprised what you remember throughout your life, especially in terms of facts that your friends and acquaintances will provide you with whether that be about business, philosophy or art.
Your schedule during sixth form is the key to unlocking success. When I talked about finding the balance between long days and travel, you might be wondering what I am talking about as sixth form days tend to be much freer than high school days - literally. Yes, you will get free blocks during your days. In fact some days I might only have had two classes. But I remember there was a sign in the learning skills room (where we were taught during our tutorials how to put together CV's or professional presentations) which said 'there is no such thing as a free lesson'. I agree very strongly with this. Time is valuable so make the most of it. If you use those free lessons to get in extra revision every day any day from the beginning, then you will not be worried come exam time - you will have that knowledge processed and fool proof in your brain ready to ace that test.
That was just a little on sixth form, based on some of your FAQ's. If this is something you are curious about due to your own move to sixth form in September or if you would like more in relation to A2 year as well as AS, please do let me know in your comments and I will do my best to respond to as many of these as possible. For now - almost results day, so good luck everyone. I know you'll do great!
Advertisement. Why the ads?
Advertisement. Why the ads?